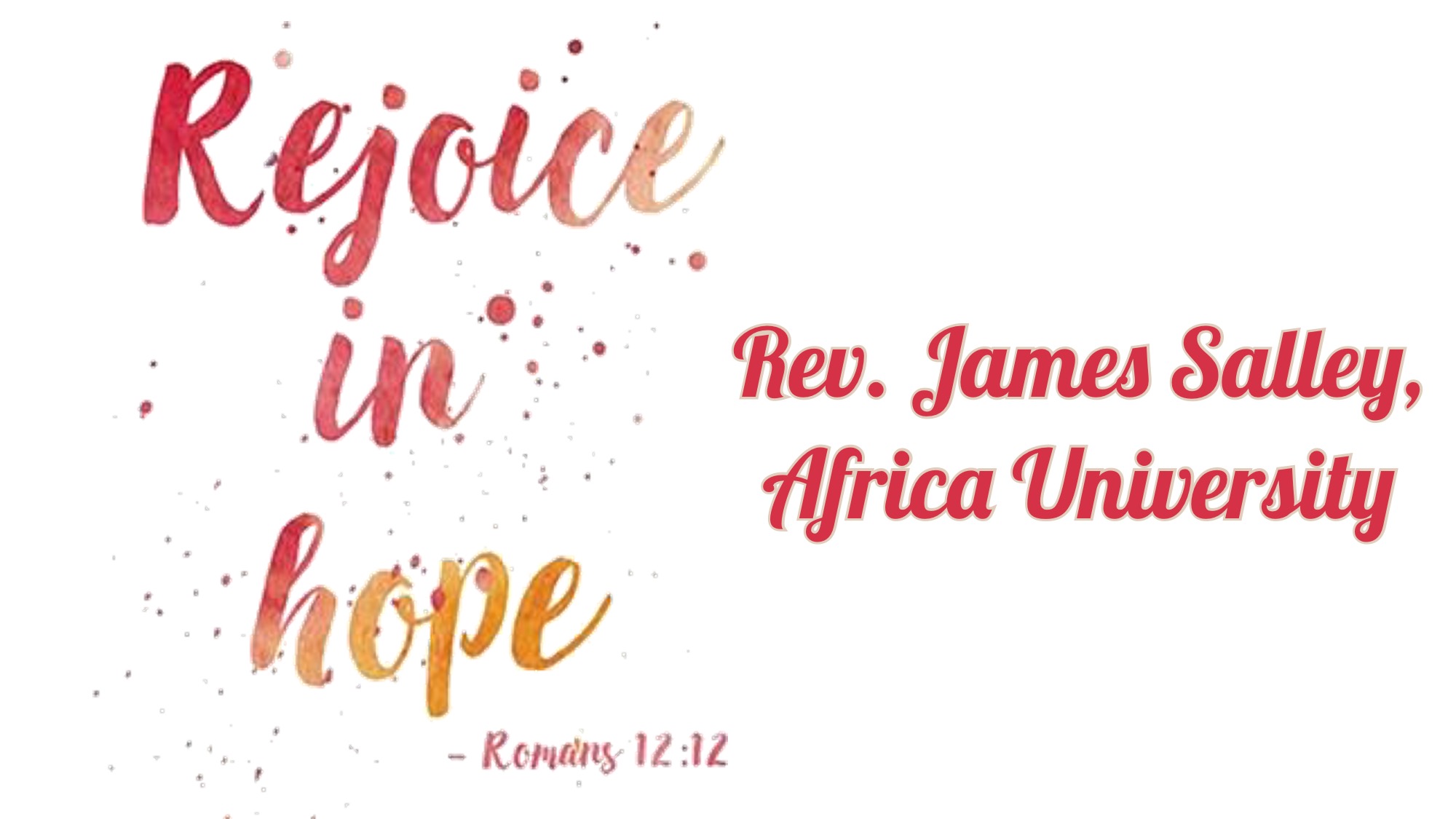 This Sunday we took a break from our series on prayer – ACTS: Adoration, Confession, Thanksgiving, Supplication – to allow time for Dr. James Salley to bring God’s word.
Dr. Salley is a native of Orangeburg, South Carolina with a degree from South Carolina State University. He is the Associate Vice-Chancellor for Institutional Advancement for Africa University, a United Methodist institution.
Under his advancement leadership the university has grown from 40 students in renovated farm buildings, to 1600 students with more than 8,000 graduates and 48 modern buildings with no debt. Africa University has educated people across the entire continent of Africa including one who is now a bishop in the United Methodist Church.
Dr. Salley is a much sought after speaker, and we were honored to have him at Pender at all three services.
Dr. Salley preached on Rejoice in Hope based on Romans: 12: 10-18. This recording includes an interview with Dr. Salley during Children's time.

Since 1992, James H. Salley has been improving access to higher education for minority students as Associate Vice Chancellor for Institutional Advancement for Africa University in Zimbabwe. Based in Nashville, Tennessee, Salley works within the General Board of Higher Education and Ministry of The United Methodist Church where he is responsible for communicating about the university and fundraising through United Methodist Churches and other organizations.

With his leadership, Africa University has grown from 40 students in renovated farm buildings to 1,600 students with more than 6,000 graduates and 44 modern buildings. The university endowment fund has also grown from $300,000 to $65 million.

He began his career in the 1970s working at several television and radio news media outlets and was the first African American to serve as president of the South Carolina Associated Press Broadcasters Association and the Radio & Television News Directors Association of the Carolinas. Salley has served as a member of the board of Orangeburg Consolidated School District Five, and he is a member of numerous organizations including Kappa Alpha Psi Fraternity, Inc. and the NAACP.